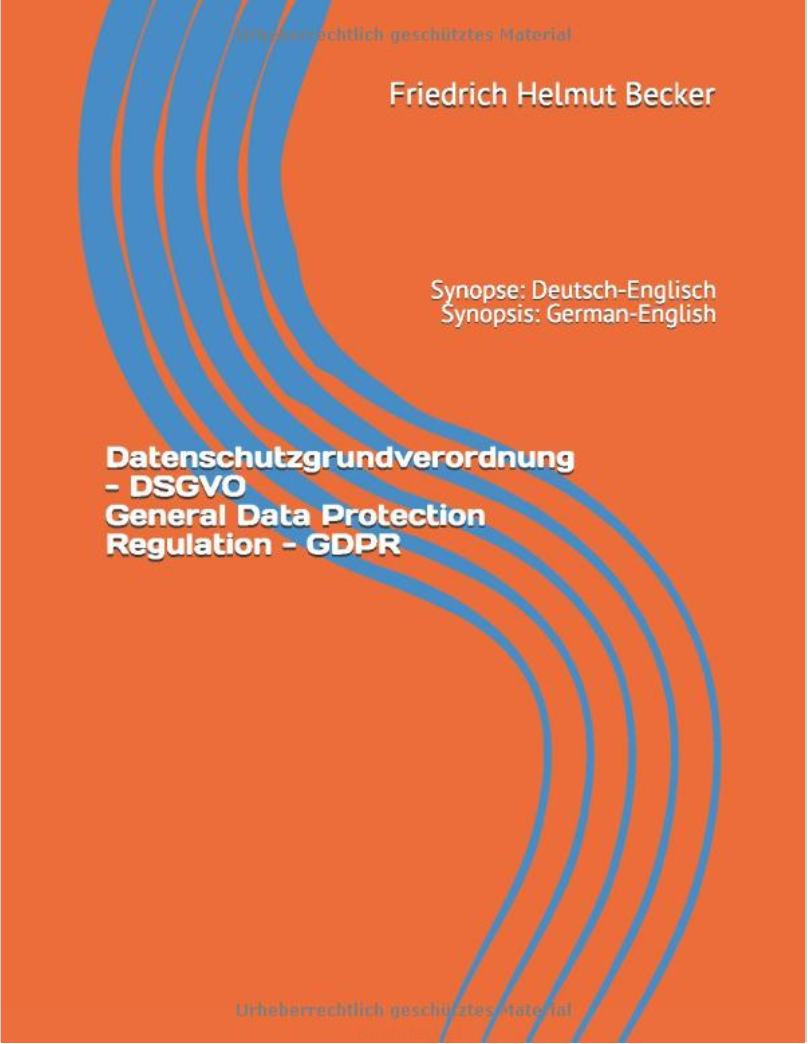 The EU General Data Protection Regulation is a milestone for data protection in the European Union – whether laudable or not, will still arise.

Meanwhile, we live for 8 months with the General Data Protection Regulation - GDPR. The often predicted dissuasion wave (Abmahnwelle) has been missing, but the first fines are imposed. It's high time to be engaged with it! For many who deal with data matters, there is still a need for review, advice and the need for action.

Why a bilingual edition? The practice of German lawyers and subjects to the Regulation needs not only the German language but also – often more important – the English language is needed.

In addition, there is the following legal background: As it is generally necessary to base the interpretation of EU legal instruments on all language versions of the regulation (Art. 55 I TEU; Art. 358 TFEU) they must also be used to interpret the GDPR. The literal meaning of a term does not derive from a single national-language or national-law understanding, but solely from the background of EU law (systematics and teleology in the context of EU law). This interpretation maxim also applies to the national courts and authorities; For Germany, this was expressly confirmed by the Federal Constitutional Court (BVerfG, order of 09.01.2001 -AZ: 1 BvR 1036/99, paragraph 20). For the GDPR this aspect is particularly critical, since the German version works almost exclusively with terms of traditional German data protection law, which in the context of European Union law does not always have the same meaning as in the previous German context. At least one other language version should therefore be used almost compulsorily to avoid interpretation errors.

Therefore, it seems useful, to bring the Regulation to mind in both languages. For that purpose, I chose a synoptical presentation.

The text I downloaded from the website EUR-Lex of the EU and used it as basis for my work. The content – also of the recitals - are made accessible by a summary and a detailed table of contents. Furthermore, I added headlines to the Recitals (in squared brackets), to facilitate the access to the contents of the 173 grounds, which are quite confusing.

I’m hopeful to provide a tool to master the practical requirements by providing the original regulation texts in a reliable and conscious manner.

So, it will be possible to evaluate the numerous warnings, recommendations, terrible news, and hymns of hope in an independent way.